One thing I really want to be able to do is to load YouTube and put it in background as my work music. On OpenBSD the playback performance is a meh. Espically on Chromium. Opening a 720p 60FPS YouTube video yeilds ~10% frame drop in YouTube stats. Beyond that, the actual rendering rate feels more like 15 FPS. I tried different flags in Chromium but nothing seemed to boost it back to 60FPS. I turned back to Firefox and it was better then Chromium immediately. At ~5% frame drop and a much better real rendering rate.

Messing around with flags does work! This probably weakens some security. But heck. It's still much better and what I got on Linux. Now the support page shows I'm using GPU. Just a screenshot to prove it works: 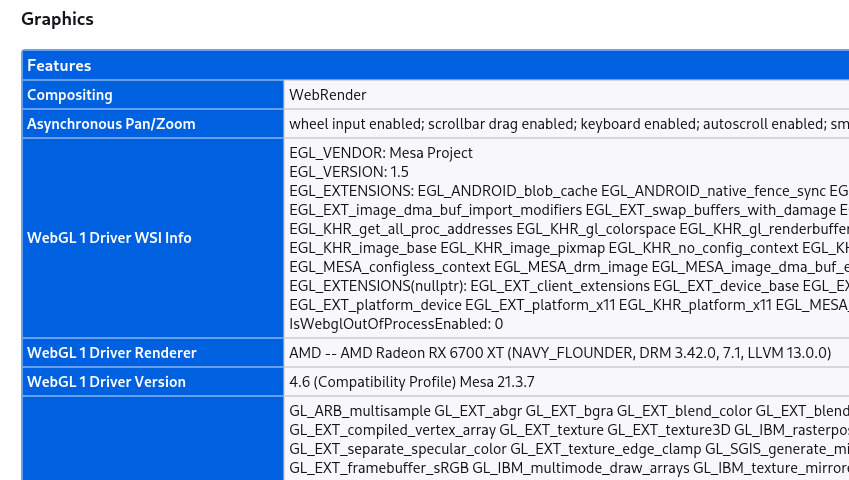 To be specific, I changed the following flags:

After these changes. Scrolling on comlicated pages become much more responsive (almost as smooth as on Linux!). And YouTube playback now is almost perfect. 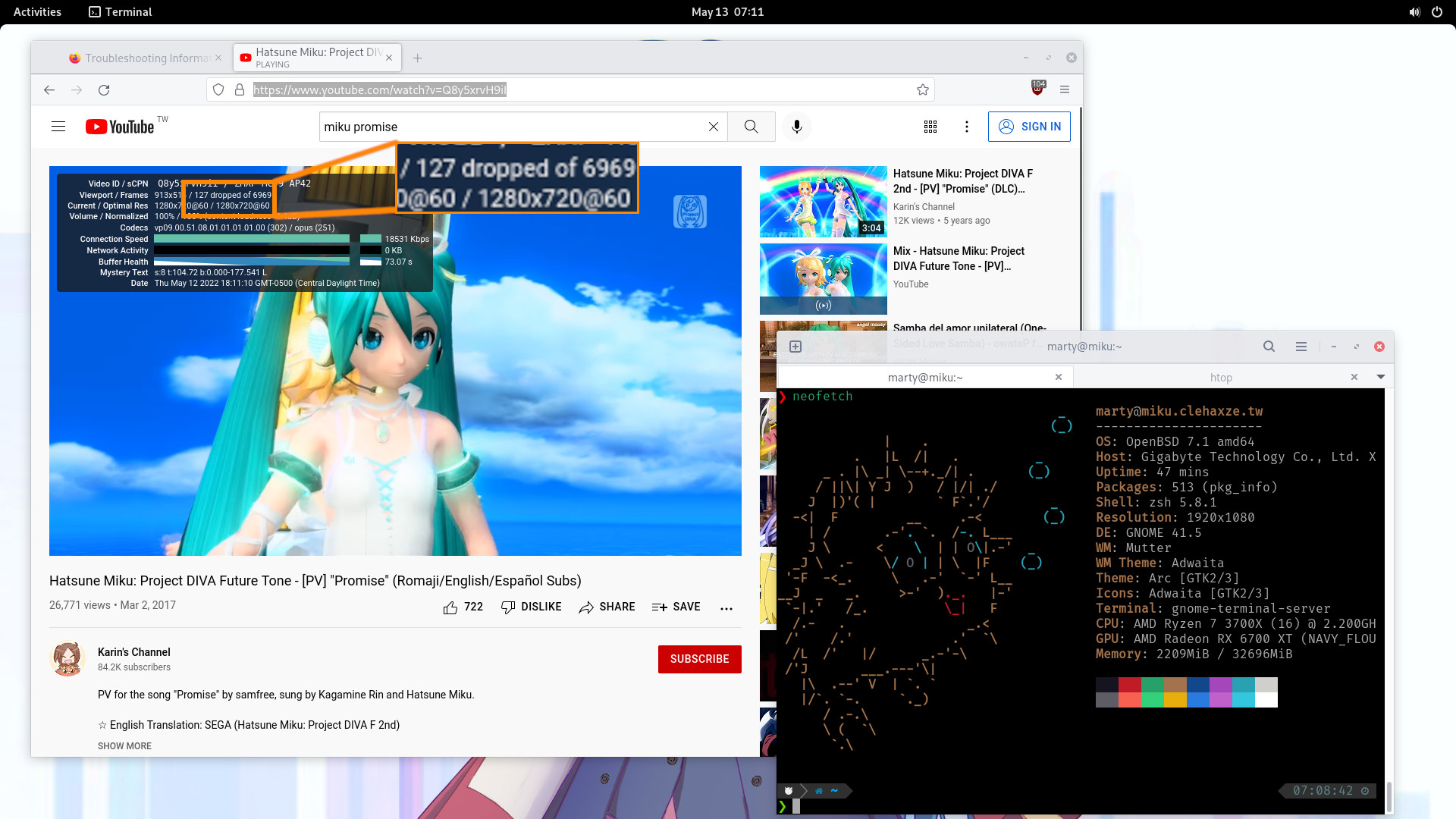